Danabek Zhanayev is the CEO and Founder of WMG. Prior to founding WMG, Danabek had held several management positions in oil and gas sector.

Between 2013 and 2014, in addition to WMG Danabek was heading Economic Administrative Department at Embamunaygas JSC, a subsidiary of KazMunayGas Exploration Production JSC. Danabek was responsible for the organisation, planning, control and management of the overall activities of the Economic Administrative Department. He also interacted with local executive bodies, public organisations and enacted the agenda of Embamunaygas JSC’s leadership on the implementation of Memoranda between Regional Akimat and the company.

Danabek joined Embamunaygas JSC from the North Caspian Operating Company (NCOC), the operating company for the North Caspian Sea Production Sharing Agreement, where he held a position of a Leading Environmental Specialist. In this role, he managed all types of environmental surveys of onshore and offshore facilities; coordinated research on wildlife (birds, seals, sturgeon species); assisted in the preparation, implementation and evaluation of NCOC’s environmental monitoring. Also, he actively interacted with non-governmental organizations (NGOs) and local authorities on environmental protection. Danabek participated in the preparation of the Environmental Action Plan and its implementation; developed programmes for the study of birds and Caspian seals with its subsequent implementation; spent a lot of time analysing reports on environmental research and biodiversity. He supervised the audit and inspection work at NCOC facilities, ensured interaction with state environmental authorities.

Prior to that, in 2010-2012 at Agip Kazakhstan North Caspian Operation Company N.V., Danabek held a position of an Ice Analyst at the Logistics and Infrastructure / Hydrometeorological and Ice Condition department.

Prior to his work in the oil and gas sector, Danabek held several positions at the Interregional Investment Bank in Moscow, specialising in the interbank market and interbank transactions.

Danabek founded WMG in 2011 and has overseen the company’s growth across Kazakhstan and via international projects. Under his leadership, WMG has developed significant experience providing a full-service staffing, amenities and facilitation offering for projects of various complexity at a local and international level: from resolving specialist single hires to fulfilling extensive contracts requiring numerous roles to be filled for large enterprises.

Danabek lives in Kazakhstan and is married with three young children. Danabek is committed to developing local content capacity and championing domestic skills, education and expertise across Kazakhstan, contributing to the country’s emergence as a global centre of excellence for oil and gas, infrastructure and construction. 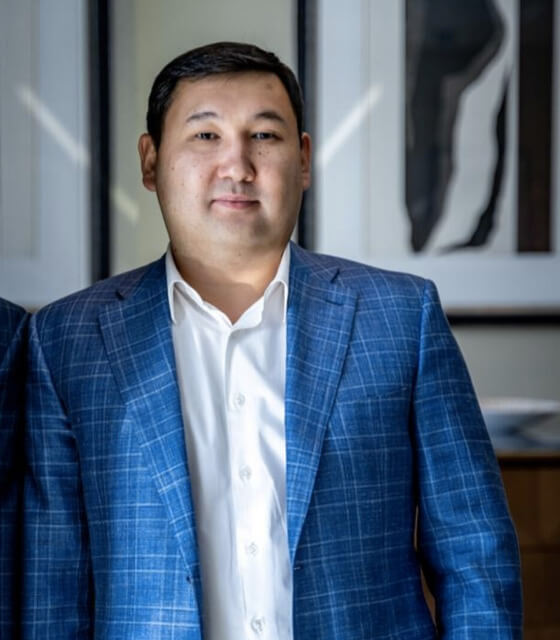